Napster fought the law and the law won 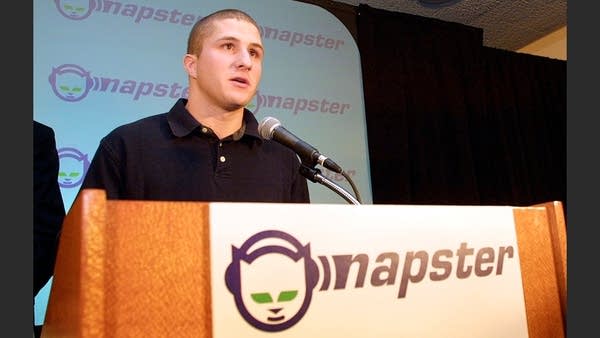 Napster fought the law and the law won

The recording industry, Metallica, and ultimately federal court put the brakes on Napster’s music file sharing. But before exiting the stage, Napster changed the way we listen to music— and how much we’re willing to pay for it.

[Editor’s note - Sept. 1, 2020: This episode has been updated to reflect that “CyberTalk” was a group effort overseen by Jeff Gold. An earlier version characterized it as his solo effort.]

Miss the 90's? And the early 2000's? Travel back in time with us, to the golden age of MTV, with this Napster-era playlist we made on Spotify! Guess we should thank Napster for Spotify too, huh?

Bernhard Grill — Director of the Fraunhofer Institute for Integrated Circuits

Portia Sabin — ex-drummer of The Hissyfits, President of the Music Business Association

Jennifer Jenkins — Clinical Professor of Law at Duke Law, Director of Duke’s Center for the Study of the Public Domain

Appetite for Self-Destruction: The Spectacular Crash of the Record Business in the Digital Age — by Steve Knopper

Theft: A History of Music — by Jennifer Jenkins

The Future of What Podcast — host Portia Sabin

Sonic Boom: Napster, MP3, and the New Pioneers of Music — by John Alderman


GET MORE FROM THE SPEC FAILS TEAM
Sign up to receive our brand new newsletter: spectacularfailures.org/newsletter.

Spectacular Failures is powered by you. Support the show with a donation at spectacularfailures.org/donate.